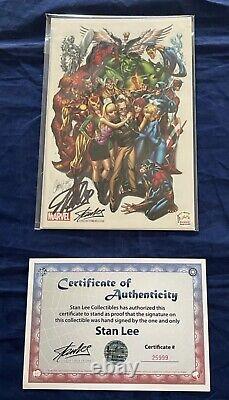 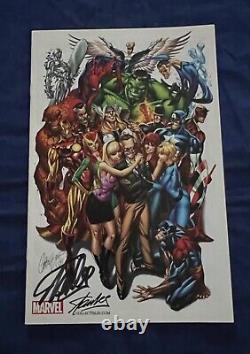 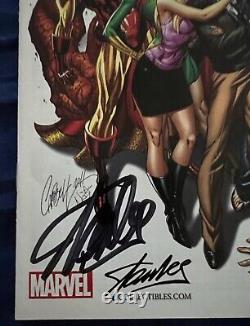 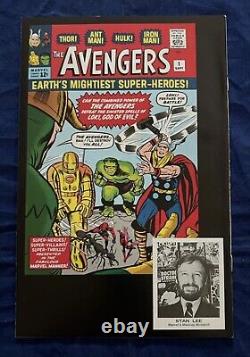 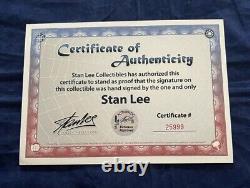 This is the Avengers #1 San Diego Comic Con Stan Lee Collectibles J. Scott Campbell Color Variant signed by Stan Lee! The comic book comes with a certificate of authenticity for Stan Lee's signature and a matching certification sticker on the bag, which can be seen in the photos.

This book was first released at San Diego Comic Con, and the interior comic is a reprinting of the original Avengers #1 story. The cover art features Stan Lee with many of his Marvel heroes surrounding him.

This includes one copy of the color variant. The comic book comes bagged and boarded. The comic is in VF to NM condition. This is a great item for any Stan Lee fan! This item is in the category "Collectibles\Comic Books & Memorabilia\Comics\Comics & Graphic Novels".

The seller is "daredevil13" and is located in this country: US. This item can be shipped to United States, Canada, United Kingdom, Australia, South Africa, Ireland, Mexico, New Zealand, Singapore, United Arab Emirates, Malaysia.