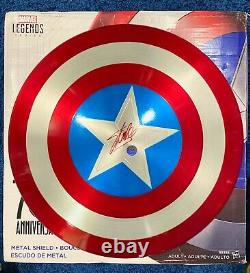 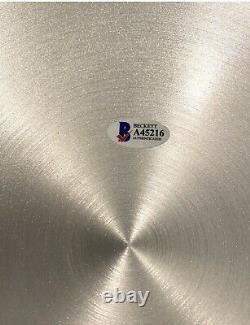 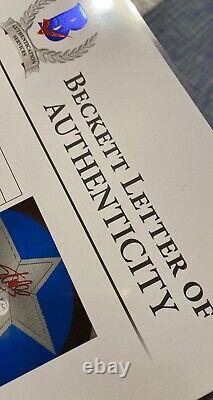 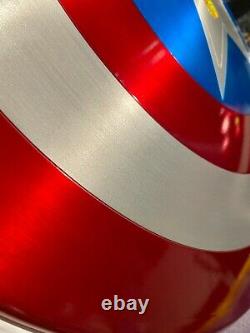 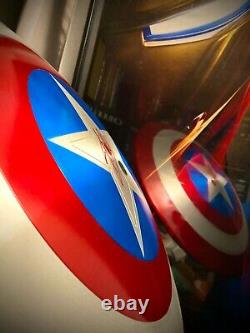 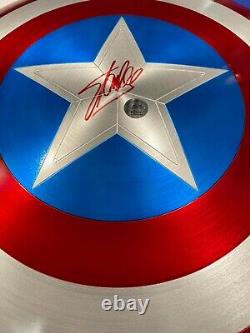 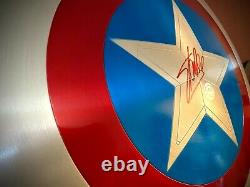 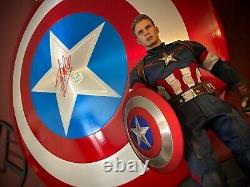 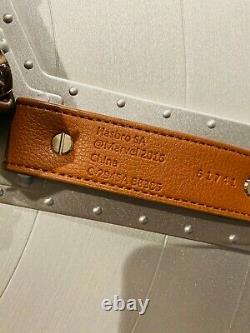 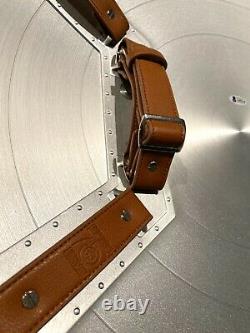 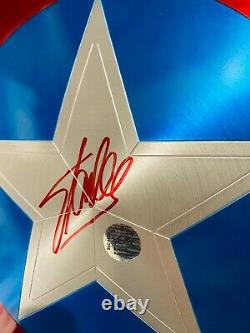 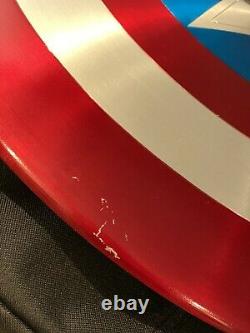 If youre looking, then that means you already know how rare this Signed Captain America Shield is. The only signature that matters even after a hundred years since actors like Chris Evan will always have replacements. This Shield is one of the most Iconic weapons in the Marvel universe or even the comic book universe. This is Marvel Licensed High quality all metal and leather and not some cheap plastic.

As you can see in the picture, it is very detailed. I got this at Comic Con a few years ago and has been in my display case inside a temperature controlled room ever since. The Value and rarity of this comes from the limited number of these produced worldwide. You would rarely see it for sale in the open Market plus this only is one of the very very few signed by Marvel and comic universe Icon Stan Lee. And finally, This shield is Double Authenticated..

Excelsior COA sticker , authenticated directly by Stan Lees Company and 2nd authenticated by Beckett Authentication Services. Which is one of the most reputable Authenticating company in the world. Excelsior COA sticker located in the front and Beckett COA sticker located in the back(also comes with the Beckett Letter of Authenticity). Perfect collectible for Marvel fans, and a very good investment since theres no depreciation and value would just increase over time. The Marvel cinematic universe is one of Disney's most successful acquisition due to the success of the marvel movies which garnered billions of dollars and specifically the first Iron Man followed by other Marvel heroes movies like Captain America: First Avenger and Thor which jumpstarted its success opening up the whole Marvel Universe.

Wouldn't you wanna own a licensed, Authenticated , limited edition Captain America Shield hand signed by the most iconic figure in the Marvel world or actually even the comic book world. You can verify Authenticity by going to the Beckett Authentication Services website. They have it complete with pictures. If I find the original box then I can include it. Everything else you see in the pictures like the action figures, plaque, silver stand etc.

Other pictures posted as you see is a Captain America reference from comic con or from the movie. If you need more details or pictures, please don/t hesitate to message me.