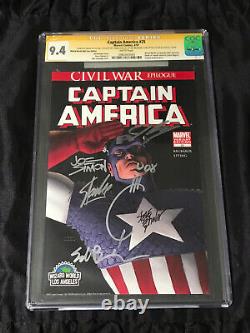 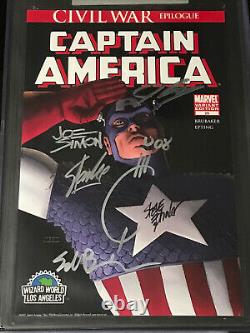 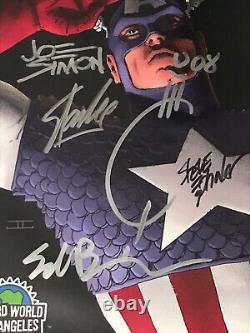 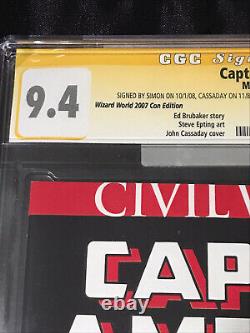 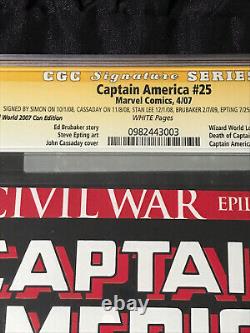 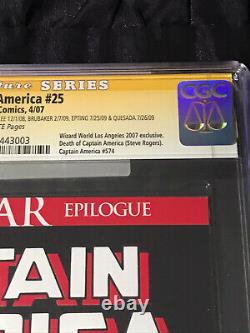 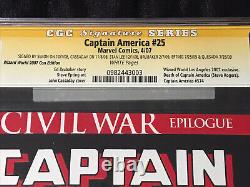 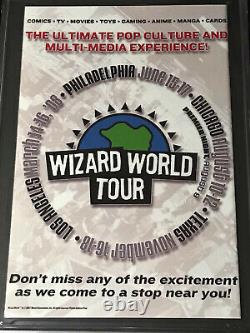 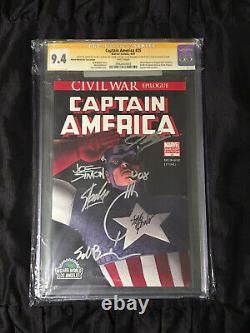 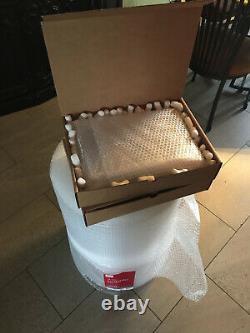 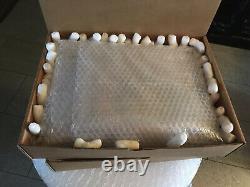 Marvel 2007 Captain America #25 CGC 9.4 SIGNED x6 Wizard Variant Stan Lee/Simon/Brubaker/Epting/Cassady/Quesada. KEY ISSUE Death of Captain America / First team-up of the Falcon and the Winter Soldier!! Signed by 6 comic legends all on one cover! Let's start with the creator of Captain America, Joe Simon! RIP Joe Simon (10/11/13 - 12/14/11) With his partner, artist Jack Kirby, he co-created Captain America, one of comics' most enduring superheroes, and the team worked extensively on such features at DC Comics as the 1940s Sandman and Sandy the Golden Boy, and co-created the Newsboy Legion, the Boy Commandos, and Manhunter. Simon and Kirby creations for other comics publishers include Boys' Ranch, Fighting American and the Fly. In the late 1940s, the duo created the field of romance comics, and were among the earliest pioneers of horror comics. Simon, who went on to work in advertising and commercial art, also founded the satirical magazine Sick in 1960, remaining with it for a decade. Simon was inducted into the Will Eisner Comic Book Hall of Fame in 1999. Then you have a guy named Stan Lee. Probably the most famous comic book creator ever of all time. Responsible for resurrecting Captain America...

The Death of Captain America Act 1: Part 1 of 6. Imagine Stan Lee sitting there years after creating the characters and stories that made Marvel the major league player it's become and he's looking, holding THIS VERY ISSUE in his hands and deciding where he'll proudly write his name displayed on the cover! What did he think about as he was looking at it?

He got to see his creations go in places he'd never dream of! About the MAN: Stan Lee Dec. 12, 2018 was an American comic book CREATOR!

- writer, editor, publisher, and producer. With artist Jack Kirby, Lee launched the superhero team the Fantastic Four in 1961 and was soon responsible for creating popular characters like Spider-Man, the X-Men, the Hulk, Thor and pretty much every major character you see in the MCU.

He rose through the ranks of a family-run business called Timely Publications which would later become Marvel Comics' primary creative leader for two decades, leading its expansion from a small division of a publishing house to a multimedia corporation that dominated the comics and film industries. In collaboration with others at Marvel-particularly co-writers/artists Jack Kirby and Steve Ditko-he co-created characters including superheroes Spider-Man, the X-Men, Iron Man, Thor, the Hulk, Ant-Man, the Wasp, the Fantastic Four, Black Panther, Daredevil, Doctor Strange, Scarlet Witch, and Black Widow. See my Store: Pawnshop Ghosts. Please enjoy looking at all the photos for details of existing condition. YOU WILL RECEIVE THE EXACT ITEM PICTURED SO PLEASE LOOK CLOSELY AT ALL THE PROVIDED PICTURES. Thanks for looking and feel free to ask if you have any questions. Check it out for comparisons if interested!