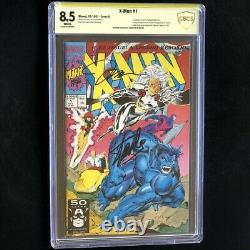 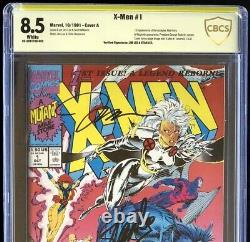 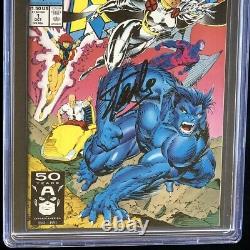 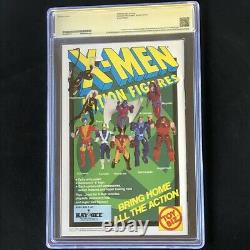 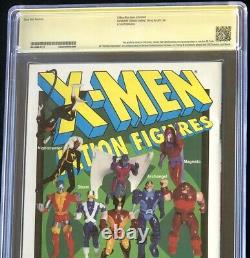 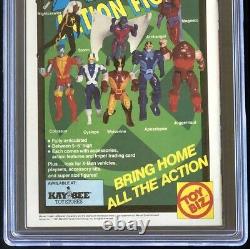 This listing is for X-Men #1 (Cover A - Beast & Storm), published by Marvel Comics in 1991. This comic is rated 8.5 (Very Fine+) by CBCS and has "White Pages". It was signed by both Stan Lee and Jim Lee (with the signatures authenticated by CBCS). It has the new style of CBCS case - there appears to be a small manufacturing imperfection in the plastic at the top left corner of the case (see second picture above) - I don't think it would bother most collectors, but worth mentioning. Please be aware that if you crack a comic out of its case for re-submission to a grading service, you are taking the risk in doing so, and we cannot be liable if you do not like how it is regraded. Broad selection & fair prices. We make every effort to disclose non-trivial damage to the holders, but minor imperfections such as light surface wear or slight inner well scuffing (present at the time of encapsulation) are common straight from CGC/CBCS/PGX. Newton Rings are also extremely common in newly slabbed CGC books (CGC tried to better protect the books by sandwiching them tighter in the cases, but as a result, a very large portion of newly slabbed books have some degree of rings).

If these are important to you, please message and we'll be happy to provide more detail on the case. For those unfamiliar with Newton Rings: This is an occasional effect produced by the inner and outer cases being in direct contact with one another. The visual effect is similar to oil on a water puddle because of the two plastics. Ultimately it is not anything that is in direct contact with your comic, nor will it affect the comic's condition over time.

The item "X-Men #1 (1991) CBCS 8.5 SIGNED by STAN LEE + JIM LEE! Beast Storm Comic" is in sale since Thursday, March 4, 2021. This item is in the category "Collectibles\Comic Books & Memorabilia\Comics\Comics & Graphic Novels". The seller is "supreme-comics" and is located in Los Angeles, California.